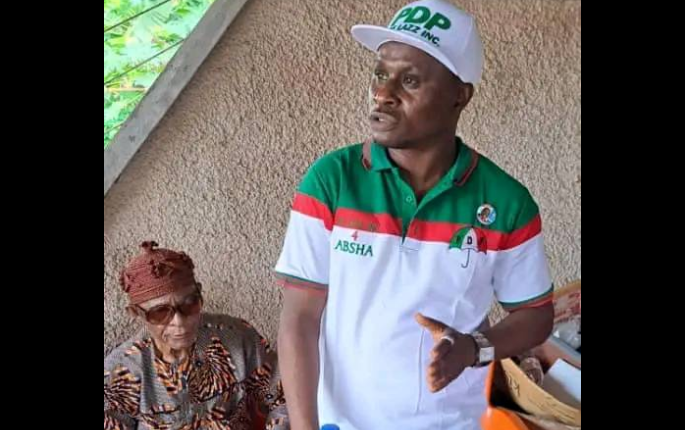 Ahead of the 2023 general election, the Abia State chapter of Peoples Democratic Party (PDP) visited Arochukwu Local Government Area on October 29, 2022. In line with the recent Ward Tour scheduled for all the local governments in Abia State by the ruling Party, a delegation led by the Party’s Secretary General, Barr. David Iroh, landed at Arochukwu and had an interaction with all the Party members in preparation to win all the elective positions in the coming 2023 general election.

The Party members assured of their preparedness to canvas for votes that will deliver all the candidates contesting election on the platform of the PDP.

Barr. David Iroh charged the Party members to brace up and canvas for votes by winning new members for the Party and assured them that the State Working Committee, SWC, and all the organs of the Party are not leaving any stone unturned to give PDP a landslide victory in all the positions in Abia State.

The flag bearer of PDP for Arochukwu State Constituency election Austine Emeka Bonny, popularly known as De Lazz Inc. thanked the State delegation for the timely visit and also thanked the Party faithful for the support given to him. He promised to work hard to ensure that PDP clinched the Arochukwu State Constituency office at the Abia State House of Assembly and other elective positions come 2023.

Some of the wards covered on the first day of the Tour include Aro ward 1, 2 and 3. Others are; Ututu, Isu and Ihechiowa which consists of Ikwun and Eleoha wards respectively.

Alleged 12 Billion Naira Loan, Our Approach Of Spewing Spurious Allegations Will Not Help Us The Opposition – Obinna Oriaku

Opinion: Why Is Prof. Ikonne Insisting On Rural And Community Development