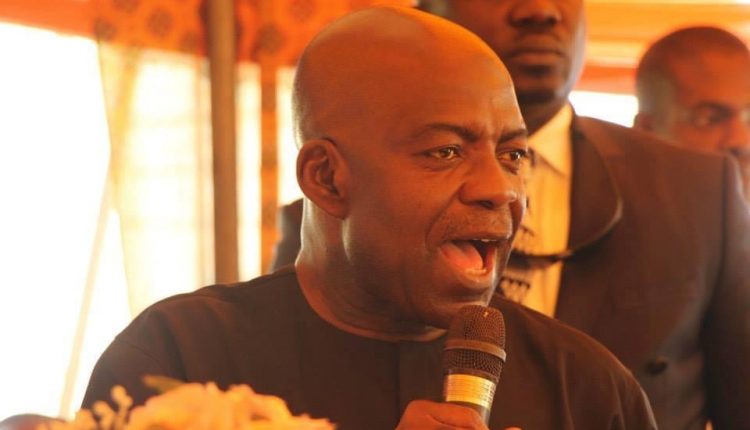 Let it be known that Ferdinand Ekeoma has been the media aide to Dr. Alex Chioma Otti, the Arochukwu banker turned politician.

His master has failed elections uncountable times, now, hope is being gradually replaced by frustration. A man who has jumped in and out of four political parties in a space of eight years cannot be described with anything short of desperation, which is driven by self-interest, having been close to many past governors in the past and turned into their errand boy as he supervised the plunging of their states into penury under his care as Head of Public Sector in Diamond Bank.

Dr. Alex Otti’s desperation also led a court of competent jurisdiction to describe him as meddlesome interloper . He is not just what the court called him, he has also acquired a notorious name, political parasite. 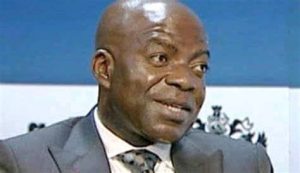 Parasites are organisms, which cannot feed themselves and have to depend on others for survival. When they do however, they leave signs of injuries or deprivations of sorts, on their hosts. The commonest example in our clime is the malaria parasite or plasmodium species. When the parasite gets into the human body from a mosquito bite, it finds its way into the human blood where it solely depends on humans to survive, while leaving telltale signs of malaria symptoms like headache, fever, pains and the rest. 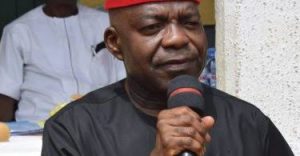 On the other hand, political parasitism, exploits opportunities created by situations to pretend to be who they are not this best captures Dr. Alex Chioma Otti. Political parasites think of themselves as smart people and are willing to latch on a personality to sell their political redundancy, ably aware that they lack any formidable electoral capital.

Like the biological process called mimicry, they usually collapse under the plumage of another better candidate to send deceptive signals in the hope that they would reap from the goodwill of another.

Now this is very injurious to the larger population; because its symptoms, take four or eight years to treat, unlike the biological parasites, which could be treated in a matter of days or weeks. It is therefore easy to understand why the people of Abia must be mindful of political parasites in their midst and strive to keep them where they belong dustbin of history.

He played the parasite to Dim Chukwuemeka Odimegwu Ojokwu in 2015, he failed woefully and even plotted to snatch power from Gov. Okezie Ikpeazu through the window (the court). He knew he would not succeed, but he exhibited his wickedness to humanity and to Ndi abia by distracting Ikpeazu for 3 good years in court, to make sure he did not achieve anything till the next election year, in 2019. He thought his wicked act would work but once again, in 2019, Abians rejected him.

Prior to June 2022. Labour Party, despite being around for close to two decades did not posit a strong political platform in the national politics of the country, but all those changed the moment Peter Obi aligned with them as a means of entrenching his governance ideas.

Nigeria youths have thus, pursued this ideology under the name Obi-dients after the man, Peter Obi. But care must be taken because being Obidient is different from being in Labour Party. Not everything Labour Party aligns with the Obidient Movement in the Peter Obi sense of the word; and that is where the Labour Partys gubernatorial candidate in Abia State, Alex Otti falls short of what he is presently parading after hobnobbing with the old order in various political parties.

Given that Peter Obi left sterling footprints on the sands of governance in Anambra state, it would amount to sheer deceit for someone, who in clear terms, is a clear departure from what Obi represents to reap from the antecedents of the man, by working on the emotions of Abia people. That is nothing but emotional blackmail. 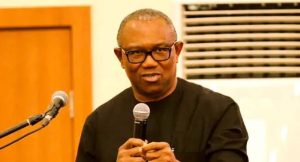