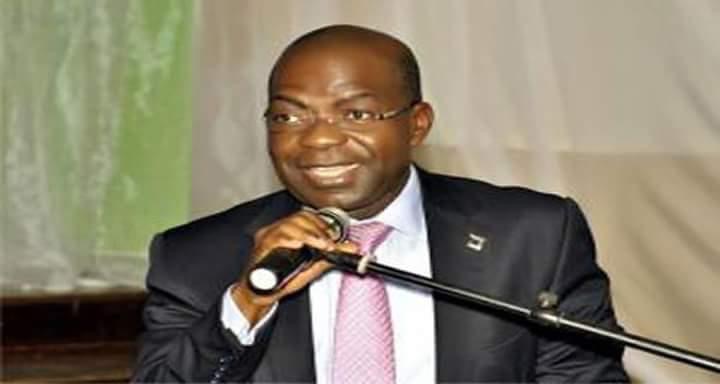 In a post on his Facebook wall in response to an attack launched against Dr. Alex Otti by Abia born Scotland self acclaimed activists that goes by the name, Ex Steve.

The activist and social crusader, EKs had taken a swipe at Dr Alex Otti asking him to make public his relationship with past Governor’s in Nigeria as well as disclose his source of suoendious wealth.

” EKs Steve, my brother and friend is trying so hard though fruitlessly to make us believe that a character like Engr.Nwafor is the most competent ,reliable and trusted Abians of our time.He said the man has integrity and ranks highest in terms of trustworthy and reliability amongst all the governorship aspirants in Abia state today.

But the truth is that Engr.Enyinnaya Nwafor is far from the word integrity as we will see in this write up and my subsequent bulletin.

This road is very important to the governor and the people of Abia State because it is the only route in and out of Aba from Akwa Ibom and Cross River state. The governor really wants to connect Aba to the rest of the world through that road.

Engr. Enyinnaya Nwafor went to the site; he found out that the money released by the governor will not be enough to construct a standard road for the people.

He took the money and mobilized his men to construct a substandard road for the people of Abia State.What a shame!!
This road constructed by Engr.Enyinnaya Nwafor collapsed just 6 months after he has collected his own share of the profit from the shamble work he did.

Engr Enyinnaya Nwafor in turn started blaming the governor for not releasing enough fund and also blamed Igodo for mounting speed breakers on those roads which they used to collect illegal revenue and exonerated himself from that dirty job he did.

The questions Abians are asking today are as follows;

Engr. Nwafor knew that the amount given to him by the government will not be enough to do a standard job, why did he collect the money and continued with the job?

Can we comfortably say today that Engr. Nwafor has integrity for allowing himself to be used as a source of pain to Abians plying that road today?

Why didn’t Enyinnaya Nwafor reject such offer from the government knowing full well that such offer will bring hardship to the people of Abia State?

Does turning around to accuse the governor for providing less than needed fund for that road the best for him?

Why is Engr.Enyinnaya Nwafor going about creating an impression that Ikpeazu and Igodo are the main reasons why the road collapsed? Were he forced to handle that project? As someone with integrity, why didn’t he back down and save his reputation and that of his company? No, money is involved and guy man must grab his own share even if it involves using only red sand on the road at the detriment of Abians.

Is it true that the said road contract was not approved by Abia State House Of Assembly because they noticed some underhand play in the award of the contract?

Is this the character we want to be our leader tomorrow? Just because of his personal gain and for his company to remain afloat, he accepted a contract that he knows full well will enhance the sufferings of Abians.

A man who will later publicly accuse his governor and his employer for a deal they did together should not be trusted.

Don’t you think Abians needs public apology from Engr.Enyinnaya Nwafor for being a source of pain and economic backwardness to them?

Is this a character my brother and friend Engr.Ex Stephen wants us to believe is a saint?