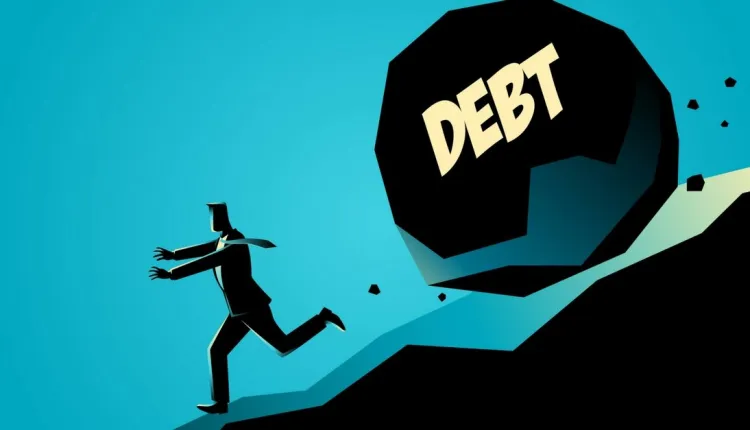 Nigeria’s President, Muhammadu Buhari, has said that the country is going to borrow a whopping sum of N8.8trillion to finance the government’s envisaged budget deficit in 2023.

If the government goes ahead to borrow as much as N8.8trilion in the coming year, the country’s debt burden would have added up well above N52 trillion in view of the already existing loan stock of N42.8trillion as of the half year 2022 ended June 30.

The borrowing plan in the 2023 budget came on the heel of the concerns by Ahmad Lawan the president of the senate who raised alarm on the increasing trend of deficits in the nation’s budget. The budget deficit in the current 2022 budget is about N7 trillion while the 2023 budget is N10.78 trillion.

The Senate President noted that the situation becomes more unfortunate if we factor in the Budget deficit estimated at N7 trillion and the grim prospect of its increase to about N11.30 trillion as presented in the 2023 – 2025 Medium Term Expenditure Framework / Fiscal Strategy Paper (MTEF/FSP).

“Your Excellency, we can reduce the deficit by stopping the oil theft. We can also consider other options to source more revenues for the government, Lawan suggested as he looks to measures to curb the deficits

Presenting his 2023 Budget to the joint session of the National Assembly on Friday, President Buhari whose two-term tenure on the ticket of the All Progressive Congress (APC) elapses by May 29, 2023, said “We plan to finance the deficit mainly by new borrowings totalling N8.80 trillion, N206.18 billion from Privatization Proceeds and N1.77 trillion drawdowns on bilateral/multilateral loans secured for specific development projects/programmes.”

The President admitted that his administration has had to resort to borrowings to finance fiscal gaps in the effort to finance critical development projects and programmes aimed at further improving the economic environment and enhancing the delivery of public services to the people.

With a debt stock of over N42.8trillion credited to Buhari’s administration up from N12.4trillion in 2015 when he was sworn in, his government may go down in the history of Africa’s most populous nation as the most debt-ridden administration.

Reviewing budget performance for the half-year period of the current year ended June 30, 2022, the President said that his government has already booked a N4.63trillion deficit, representing 63 per cent of the estimated total deficit for the year.

His words: “As of the end of July 2022, the fiscal operations of the Federal Government resulted in an estimated budget deficit of N4.63 trillion. This represents 63 per cent of the estimated deficit for the full year.”

He attributed this deficit to revenue shortfalls and higher debt service obligations resulting from rising debt levels and interest rates.
According to him, the deficit was mainly financed through domestic borrowing amounting to N4.12 trillion, increasing the total public debt stock of the country to N42.8trillion as of the end of June 2022, up from N39.6 trillion at the end of December 2021.

In the budget tagged a Budget of Fiscal Sustainability and Transition, President Buhari proposed a total expenditure of N20.51 trillion is proposed for the Federal Government in 2023.

Overheads are expected to cost N1.11 trillion while Capital Expenditure of N5.35 trillion, including the capital component of Statutory Transfers, Debt Service of N6.31 trillion; and Statutory Transfers of N744.11 billion as well as Pensions, Gratuities and Retirees’ Benefits are to cost N854.8 billion. The budget also provides for a Sinking Fund of N247.73 billion.

Buhari said that the principal objective of the 2023 budget was to maintain fiscal viability and ensure a smooth transition to the incoming administration and therefore urged the legislators for support.

The 2023 to 2025 Fiscal Strategy Paper sets out the parameters for the 2023 Budget based on the following assumptions of an oil price benchmark of $70 per barrel and a daily oil production estimate of 1.69 million barrels (inclusive of Condensates of 300,000 to 400,000 barrels per day.

It also envisages an Exchange rate of N435.57 per US dollar and projected GDP growth rate of 3.75 per cent and a 17.16 per cent inflation rate. “Based on these fiscal assumptions and parameters, total federally-collectable revenue is estimated at N16.87 trillion in 2023,” Buhari stated.

Oil revenue is projected at N1.92 trillion, Non-oil taxes are estimated at N2.43 trillion, and FGN Independent revenues are projected to be N2.21 trillion. Other revenues total N762 billion, while the retained revenues of the GOEs amount to N2.42 trillion.

Travel Guide to Tel Aviv, Israel – what is there to see and do