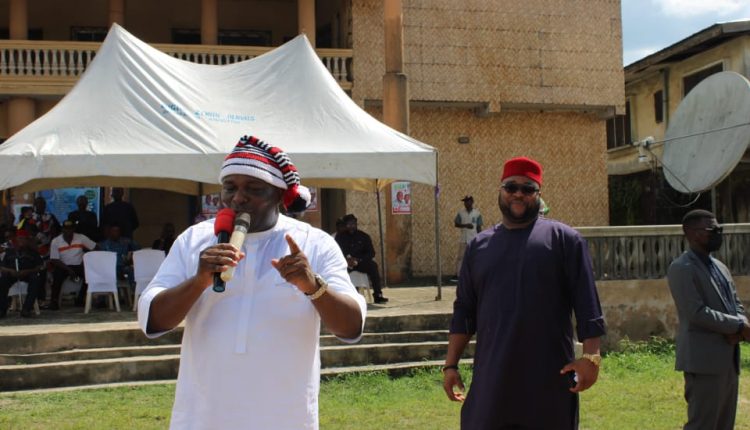 By NEWS ARROW On Oct 11, 2022
0
Share
The Governorship Candidate of the Action People’s Party (APP), Chief Mascot Uzor Kalu, has disclosed his resolve to revive the moribund industries in Abia state,when he comes on board as the next Governor of the State.
In an interface with the people of Ogbodiukwu,Umuopara in Umuahia South Local Government Area of Abia State,Chief Mascot Uzor Kalu, said through Public Private Partnership,he would revive the industries that are not working in Abia,with the goal of providing over forty thousand (40,000) jobs for Abia youths in four years. 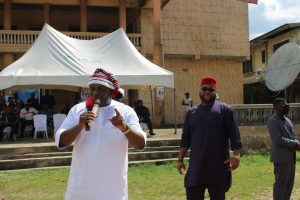 He said apart from providing employment opportunities for the youths, the payment of salaries and pensions would receive great attention in his administration, stressing that there would be massive infrastructural development,as well as, a workable economy,where all the sectors would be functional.
Uzor Kalu described himself as the most experienced candidate to govern Abia, stating that he has gotten government experience  that other candidates lack, having served as a Chief of Staff to the former Governor of Abia State,Orji Uzor Kalu.
He solicited for the support of the people of Umuopara, stressing that a youthful candidate should be fielded in all positions come 2023, maintaining that he is a good product that could sell any time. 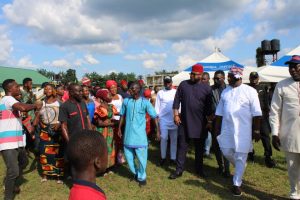 In his Speech,the Director General of the Mascot Uzor Kalu campaign Organization,Hon Marc Ugorji, enjoined the people of Umuopara to give their  votes to APP, saying that the Action People’s Party is the only party that can introduce development to the state, with the payment of workers’ salaries and pensions receiving top priority.
Also, the APP House of Assembly candidate for Umuahia South State Constituency, Chief Samuel Chibuike Nwachukwu, who is from  Ogbodiukwu, assured his people of quality leadership under the APP, disclosing that the Action People’s Party is the party for Ndi Abia, with its policies and programmes cutting across development and  the welfare of the people.
Nwachukwu promised to offer a robust legislation and as well as, construct roads and make laws that would benefit the people of Umuahia South, saying that Ogbodiukwu would be proud to have a son in the House of Assembly. 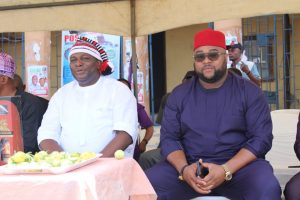 Responding, the people of Ogbodiukwu, the President General and the Council of Chiefs,in their Speeches, pledged to give their support to APP come 2023, stressing that their son who is the House of Assembly candidate for Umuahia South,Chief Samuel Nwachukwu,has contributed immensely to the development of Ogbodiukwu and when given an opportunity into the State House of Assembly,he would effect tremendous development in Umuahia South.
The President of Ogbodiukwu Youths Association, Ikechukwu Nwachukwu, also assured the APP that the youths would vote all the APP candidates come 2023, saying that they believe the APP Governorship candidate would do better if elected, going by the antecedents of his elder brother, Chief Orji Uzor Kalu,who made dynamic development in Abia,with his free education program.
The Woman Leader of Ogbodiukwu, Mrs Nwamaka Abosi, affirmed that  the APP would bring the desired change to Abia, urging the party not to forget women in their administration, pledging the support of the women.
APPMascot Uzor KaluSamuel Nwachukwu
0
Share FacebookTwitterGoogle+ReddItWhatsAppPinterestEmail

The Demise Of Prince Vincent Ogbulafor,Sent Cold Shivers To My Spine-Abarikwu

So Many Delicious Ways to Do Brussels Sprouts

Beyond Temple Bar: 10 of Dublin’s best pubs two days in…