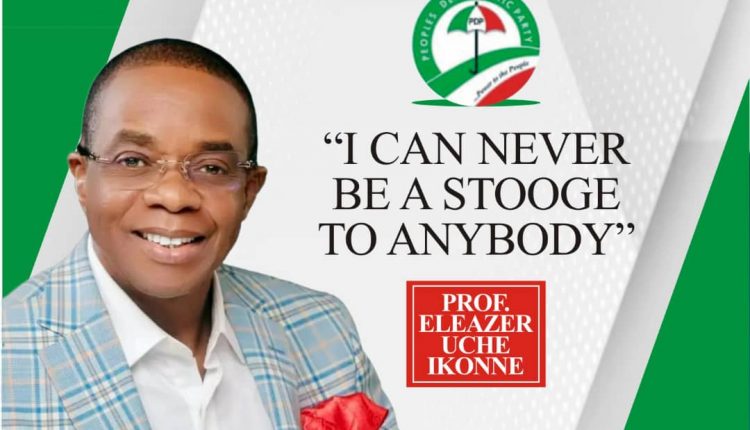 Prof. Uche Ikonne’s harvest of endorsements and acceptability across Abia indicates he is a man of destiny

They might have gazed into the crystal ball and discovered that Prof. Uche Ikonne, the gubernatorial candidate of the Peoples Democratic Party (PDP) has a date with destiny.

Nature had already calculated that Prof. Ikonne is destined to occupy the highest political office in Abia state in 2023. The harvest of endorsements and acceptability across is unprecedented.

In the past few weeks, some notable members of the opposition in Abia state are identifying with the aspirations of Prof. Ikonne.

Recently, a former Speaker of Abia State House of Assembly and former House of Representatives member, Rt. Hon. Stanley Ohajuruka, joined the growing list of Abians that had expressed their desire to support Prof. Ikonne irrespective of political party.

It’s therefore heart warming and a very good development in the political landscape that the best and most qualified candidate is being supported by all including some members of the opposition.

It is a clear message that next year’s election especially the governorship will be based purely on merit.

The electorates will vote for a candidate that has what it takes to take Abia state to a higher new level. And Prof. Uche Eleazar Ikonne is the one.

According to the former state lawmaker, Prof. Ikonne represents the face and hope of a better Abia.

With Prof. Ikonne as governor in 2023, Abia state will be in safe hands as the erudite Professor has the experience, competence, the sagacity, intellectual acumen and moral clarity to lead Abia.

Opinion: Why Is Prof. Ikonne Insisting On Rural And Community Development