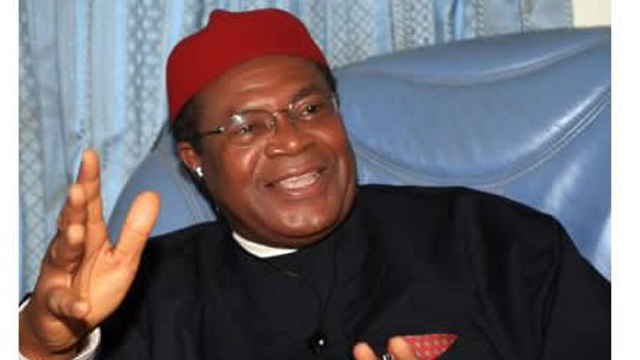 The Demise Of Prince Vincent Ogbulafor,Sent Cold Shivers To My Spine-Abarikwu

By NEWS ARROW On Oct 11, 2022
0
Share
The 2023 All Progressives Grand Alliance (APGA) candidate for Ikwuano/Umuahia Federal Constituency,Engr Ogbonna Abarikwu, has condoled with the family of late Prince Vincent Ogbulafor, saying that the news of the demise of the great son of Olokoro, Umuahia,sent cold shivers to his spine.
In a Release,signed by Engr Chief Ogbonna Abarikwu sent his condolences to the Ogbulafors and the good people of Olokoro on the demise of Prince Vincent Ogbulafor. 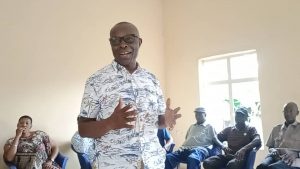 In his message,Abarikwu regretted the loss of one of the most reliable leaders, at a time the country needed his wealth of experience,in ensuring peaceful transition of power come 2023.
“DE Vin as he is fondly called by Umuahia people, was an examplary christain, a courageous servant leader, a distinguished politician, an administrator per excellence, infact the best of all”.
Chief Abarikwu beckoned on the family to take heart and accept the death as the ultimate will of God and encouraged them to take solace in the fact that their father lived an accomplished life and was a true christain.
He  assured the family and the good people of Ikwuano/Umuahia that Prince Vincent Ogbulafor still lives on, because his legacies remain indelible.

Recall that Prince Vincent Ogbulafor was a former PDP Chairman, a respected son of Olokoro in Umuahia South Local Government Area of Abia State. Until his death,he was a strong voice in Abia politics and the nation at large.